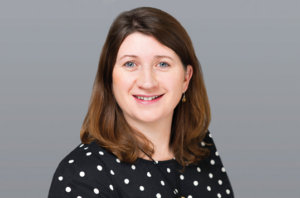 Another year whizzes to a close and as usual, it was an ‘event’ful’ one. More people than ever took part in challenges, donning pyjamas, Santa suits or running gear in the name of The National Brain Appeal, raising amazing amounts to fund future developments in neurology and neurosurgery.

There were also some wonderful fundraising events through the year from the Charity Gig to the Bar Choral event and culminating with the ever-popular Carol Concert. Thank you to everyone who organised, performed at or bought tickets for any or all of the above.

We were delighted to welcome our new Chairman, Peter Stone, to the Board of Trustees. He has been very busy behind the scenes in his first few months and made his first appearance at the Carol Concert but you can expect to see and hear much more from him in the New Year. We’re excited to have him on board to help us develop our ideas and plans for the future.

We are also pleased to announce that we look set to reach our target of £4m to redevelop and refurbish the operating theatres at Queen Square in the next few months. This is all down to your donations and efforts – it simply would not have been possible without your incredible support, so thank you. Building work on the theatres will begin in 2016, with the first new patients being welcomed in 2017.

And lastly, all that’s left to say is to wish you all a very restful festive season. I’d like to say a heartfelt thanks to you all for the energy and effort you put into being part of The National Brain Appeal during 2015 − often during the most difficult times you’ve ever experienced.

I am sure that 2016 will be just as busy for all of us, but it will be hugely exciting as new projects are revealed − we look forward to sharing our plans and hearing yours as the year unfolds.