“My tumour was in a dangerous position” 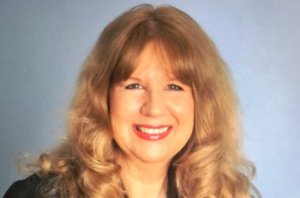 Around eight years ago my mouth became very painful. I went to doctors and dentists and asked them to remove my teeth where the pain was. But nothing eased the pain and I was referred to several specialists who carried out scans on my face − one told me I had neuralgia. No one ever thought to scan my brain.

It was only in July 2010 when I was finally referred to The National Hospital, that I saw a neurologist who sent me for an MRI on my brain. Soon after I had a call from a consultant radiologist who wanted me to come in for an appointment, but I insisted he tell me on the phone exactly what they had found. He carefully explained I had a large tumour wrapped into and around the trigeminal nerve in my brain. It was in a very dangerous position, but the good news was that Mr Neil Kitchen was to be my surgeon.

When I met up with Mr Kitchen, he talked through the procedure to remove the tumour from the entwined, terrible mass. I really appreciated the fact that he was direct, honest and didn’t give me any false promises.

The night before my operation I was told I might be left deaf, blind, paralysed, or − worst case scenario – lose my life. When I woke up from the operation it was the best day of my life to realise it was a success. Around 2% of the tumour was left because if it had all been removed it was highly likely I would have been paralysed. I felt hugely indebted to the hospital that helped me back to health.

After the operation I went back to work and worked up until 2013 as Chief Inspector. After 38 years in the Metropolitan Police force − setting a record as the longest serving female officer in the country − sadly, it was time to retire from my position. However, I’m not one to sit around for long! This year I looked for my next challenge and found it by becoming elected as the Mayor of Bromley.

The wonderful thing about my new role is that I get to choose two charities that will benefit from the charity fundraisers we’ll put on over my mayoral term. So to say ‘thank you’ to the hospital that gave me my life back I chose The National Brain Appeal. I also nominated a charity called UK Connect, which helps those with aphasia − communication issues − after stroke and other neurological disorders.

So far this year we have held a variety of events from fundraisers at restaurants to a black tie ball. Everyone who has attended has been so generous – we’ve already raised nearly £10,000 and we still have more events to hold.

Our next big fundraiser will bring in a huge amount of money and create great awareness for the charities. We’re putting on a massive sci-fi expo at Bromley Civic Centre on Saturday 14 November. During the day (11-6pm) there will be a free show featuring props, replicas, costumed characters, actors and authors from the world of science fiction. The highlight is our evening concert − from 7.30pm the 30-piece Lewisham Concert Band will play famous tracks from Star Wars, Dr Who, Thunderbirds and more. We’ll also have current Dr Who baddy, Colony Sarff (actor Jamie Reid-Quarrell) narrating The War of The Worlds with the band. It’s going to be an incredible day for all sci-fi buffs. Tickets cost £18, or £5 for U12s. All proceeds from the ticket sales go to charity. I’m urging everyone reading this to come along and make this our best event yet!

*To buy tickets for the sci-fi concert, click here http://bit.ly/1MDDKkK