Shining a spotlight on rare diseases 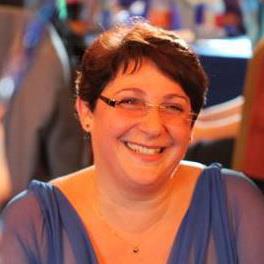 Today is is Rare Disease Day and to mark it, we’re officially launching Rare Dementia Support – a fund that is the result of a merger of two existing funds – the FTD Support Group Fund and the Myrtle Ellis Fund. TheMyrtle Ellis fund has been around for nine years and here, one of the sisters behind setting it up, Susie Shaw – tells us how it all came about the creation of the new fund.

“My mother, Myrtle Ellis, was diagnosed with Posterior Cortical Atrophy (PCA) relatively late – she was 68 – although, in retrospect, there’s a good chance she was unwell earlier than this but didn’t let on. Since PCA initially attacks the visual cortex, my mum started to see upside down and her brain was increasingly unable to process the image her eyes were seeing.

“This had a huge impact on her life, and her job. She was a researcher who could not read, a lecturer who did not recognise her own slides and a published author who could not write. As the disease progressed, my mother found simple words eluded her; she lost her fine motor skills then her gross motor skills; she could not recognise faces, even those of our family. And the cruelty of the disease meant that she knew what was happening to her. My dad initially cared for my mum, but eventually the more traditional Alzheimer’s symptoms appeared and now she’s unable to do anything for herself, so has two a wonderful full-time carers who looks after her at home.

“My mum was referred to the National Hospital’s Dementia Research Centre for a drug trial, and I wanted to do something to give back to Queen Square and help other people who found themselves in a similar position to our family. I decided to take on a 5k fun run and I was amazed when I managed to raise nearly £10,000!

“My sister Diane suggested a fund was set up in mum’s name so we consulted with Theresa Dauncey, the chief executive at The National Brain Appeal, and Prof Sebastian Crutch at the Dementia Research Centre. They identified the need to set up an information, support and advice group for those with rare forms of dementia and their carers, and the Myrtle Ellis Fund was born. After that, we held a ‘School Days’ party that brought in around £2,000 and have held other fundraising events since.

“Our first support group meeting was held in London on 6 November 2007 with six PCA patients and their partners. Now, there are 450 names on a global database covering four rare dementias. We hold 11 London-based meetings and a host of regional ones each year, organised by our support nurse, Jill Walton, which now attract up to about 1,000 attendees.

“The support we’ve had over the last nine years has been incredible – and I’m confident that this support will continue now we have become a new, bigger fund. A new single fund will help us focus and boost fundraising. We want to raise over £100,000 a year to extend the service, with the ultimate aim that everyone affected by a form of rare dementia to have access to specialist information and support, as well as contact with other people with a similar condition. It makes such a difference just being able to talk to someone else and their family who are going through a similar experience to you.

“I’m excited to see what the future will bring – we’re shining a spotlight on these rare dementias and helping to raise awareness about them. The free online course that Dr Tim Shakespeare from The Dementia Research Centre has set up – The Many Faces of Dementia – is a fabulous idea, and I’d like to see every GP and optician take part. The course is open to anyone who’d like to know more about the different forms of the disease – giving people a better understanding of these rare dementias is so crucial now, especially in light of the aging population.

“In fundraising terms, there have been so many people taking on so many different challenges and organising events to raise money for the Myrtle Ellis Fund previously, and I hope this continues. Keep an eye out for the next Simultaneous Global Virtual Quiz in November. This is an annual event that I launched in 2014 and it raises upwards of £2,500 each year. Anyone, no matter where you are in the world, can sign up to be a quiz host and access the questions. It’s a lot of fun and a great way of raising money.”

If you would like to fundraise to help those with rare dementias and help us reach our yearly £100k target, please get in touch by email or call phone 020 3448 4724.

You can also help us by making a donation if you can – text RDSF84 to 70070, send in a cheque, or go to our JustGiving page.